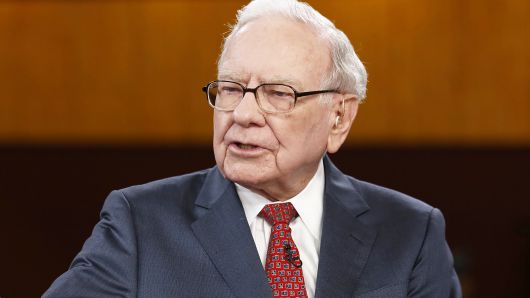 People in the investment world would know that this annual letter summarises Berkshire’s financial performance for 2018 and usually contains nuggets of investing wisdom.

The letter was so influential that before the advent of the Internet, professional money managers owned 1 share of Berkshire just to receive a copy of the annual letter. Now, we have the benefit of reading about Buffett’s thoughts without having to own a single share.

Buffett was in a more reflective mood in this year’s edition, with large portions of the letter dedicated to his company’s divisions and paying tribute to stakeholders. This resulted in the letter being light on lessons this year.

The annual letter to shareholders can be found here. 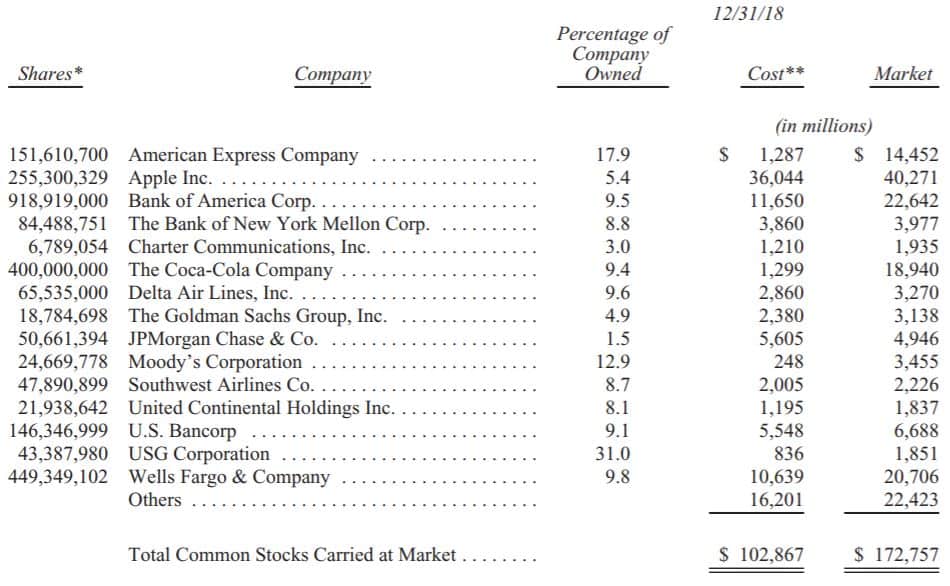 This year’s top 15 holdings sees the exit of BYD Company Ltd, General Motors and Philips 66, while accompanied by the entrance of JP Morgan Chase, United Continental Holdings and USG Corporation.

Out with the oil and autos, while doubling down on banks, airlines and construction.

Amid the focus on his company’s various division, Buffett found time to take swipes at various issues.

1. On the subject of CEOs and Wall Street’s propensity to focus on “adjusted EBITDA” to exclude extraordinary expenses: He views it as management trying to redefine earnings when all these expenses do have costs to shareholders. He even went on to quote former US president Abraham Lincoln:

Abraham Lincoln once posed the question: “If you call a dog’s tail a leg, how many legs does it have?” and then answered his own query: “Four, because calling a tail a leg doesn’t make it one.” Abe would have felt lonely on Wall Street.

2. On the subject of bad corporate behaviour like tolerating minor fraud, he views it as a slippery slope that can lead to full fledged fraud.

3. On the subject of aggressive use of debt in some companies, he feels that:

Rational people don’t risk what they have and need for what they don’t have and don’t need.

Waiting for another elephant

It’s been almost 3 years since Berkshire’s last mega acquisition. Unfortunately, due to the market’s willingness to buy businesses at outrageous prices, Buffett’s wait for another Elephant acquisition continues and is expected to continue in 2019.

He’ll still continue to add to his stocks in 2019 though.


A Tribute to American Innovation

Buffett spent the final parts of the letter paying tribute to American innovation and willpower, by hypothetically illustrating the returns on his first investment. Warren bought his first stock for $114.75 at age 6.

If he had invested that amount in a no-cost S&P 500 index fund and reinvested the dividends, his position would be worth $606,811 today. He also couldn’t resist taking another swipe at Wall St fund managers by illustrating that if he had paid 1% of his funds annually to a manager, his position together would be cut in half.

If he had invested that same amount in gold instead, he would only have $4,200 worth of gold today.

Buffett ultimately paid tribute to The American Tailwind, by saying that much of his investing success was made possible by it.